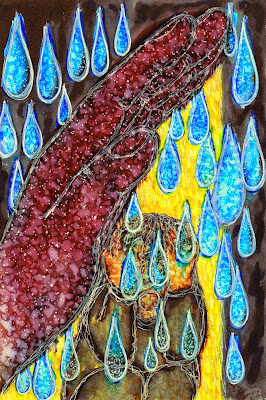 I don’t know how to begin to introduce Terry Wildman—Uncle Terry. Not that I can’t tell you how I first got to know him, that’s easy. It’s conveying what he has meant to me that is hard to describe.

I first saw Terry when he spoke briefly at the public reading of the “apology to Native Peoples” organized by Navajo minister Mark Charles in late 2012. Terry talked about reconciliation and spoke of some interactions and questions that got my attention. I was impressed.

A month or so later a good friend ordered Terry’s book, “Sign Language: A Look at the Historic and Prophetic Landscape of America”, and began to tell me how good it was. I looked through his blog and read many great posts. On the last day of 2012, when I got to this one in particular, I decided that I had to contact him. (Truthfully, it wasn’t until a little later that I ordered his book—sorry, Terry!)

We chatted and connected on many things. Actually, in my first letter to him, I repented on behalf of the white majority in America for the things we had done to Natives. Terry thanked me but confessed it is sometimes difficult for him to accept these apologies, since he didn’t grow up with much knowledge of his Native ancestry. He learned more as God pulled at his Native roots some years ago as an adult. (Ironically, I would soon know how odd that felt when half a year later someone contacted me to apologize on behalf of the colonizers!)

Uncle Terry and I continued chatting, sharing things the Lord had shown us and burdens He had laid on our hearts. I felt like I had found a kindred spirit— I could share things with him that I had heard and understood that I could not share with most American friends. Here was someone who understood prophetic things, but who also brought a perspective to it from Native America which I had not seen. I ordered his book, read it, and wrote a review of it on Amazon.com. (But it took some time for Amazon to deliver it! I should’ve ordered it straight from Terry— I recommend that, by the way, because it Amazon takes a big financial cut from the author!) Terry appreciated many of the things I wrote and painted, and even re-posted some of the things I had written, including the picture I painted when Richard Twiss walked on.

Because we had so many other things to talk about, I never thought to ask him to share the story of how God awoke his Native heritage. I would get to hear that a few months later, when God awoke my own Native heritage.

When I watched Richard’s memorial service live, there was a chat room alongside the video streaming live where those of us watching via internet could share. I saw that Terry was there, too, watching online at the same time I was. And so I knew he was online as God was overwhelming me at the end of the service, when I wept and wept as He awoke my Native heritage.

Cautiously I wrote to Terry and shared, worried about how crazy it sounded and definitely not wanting to presume to be something I was not.

He simply replied: “I understand what you are saying bro. Welcome home.”

Here is where I fail in my words. I can only say that Terry was exactly the right person I needed at the right time, and spoke the exact words and guidance I needed to hear. When Creator chose to turn my heart inside out in an upheaval that changed my life (but that at times could have seemed crazy or confusing), He sent me to Uncle Terry.

In Terry I have found a brother, a mentor, an adviser, a confidant, a caring and gentle heart, a seeker of truth, love and justice, a co-laborer and more. He has affirmed me, heard my heart, given his ear and his time, and demonstrated patience towards me and even towards those who have given him a hard time. (Which I don’t think means me, but he does call me “Nephew Troublemaker”…!)

I was honored when he asked me to illustrate his first FNV project, “Birth of the Chosen One”. I believe in what he and his wifeDarlene are doing, and I was so blessed to be given the opportunity to give something back to the Native community so soon that I accepted only on the condition that I *not* be paid for my work.

I don’t know what more that I can say about him, save that I look forward to every chat, Skype, collaboration, conversation and laugh.

Terry’s Books:
• “Sign Language: A Look at the Historic and Prophetic Landscape of America”
• “Birth of the Chosen One”

About the painting at the top: “Creator’s Call”

I began painting this on the airplane traveling to America last year, less than a month after my heritage awakening. I began to understand it only gradually— it shows God’s calling for Native American believers. He gifted to them a deep spirituality, a peace and a faith in Him (and it was this that the enemy has tried to suppress and destroy through “America”). Where others would see “darkness” in the world and in nature, Natives can often see the Creator and His ways (represented in the painting as rain).

When I made the painting, I didn’t realize it was for Terry and his ministry. But when I was asking God this “rain painting” I had made, I instantly remembered that Terry’s ministry is called “Rain ministries” (and “RainSong”), and that’s when He told me it was for Terry.

The crouching white man in the painting represents the majority culture in America, which is often very culturally and spiritually confused, being swallowed up by the materialism and reaping the darkness that the nation was sown in. As Terry points out in his book (“Sign Language…”), the path to healing of the people in the nation can be found by repentance and reconciliation with the first peoples of the land. Not only will seeking repentance, reconciliation, and justice bring about clearer vision and fullness for the church in America, but they will find that into these very Natives that America tried to eradicate, God set a spiritual understanding that He desires to use to give shelter to the entire nation.